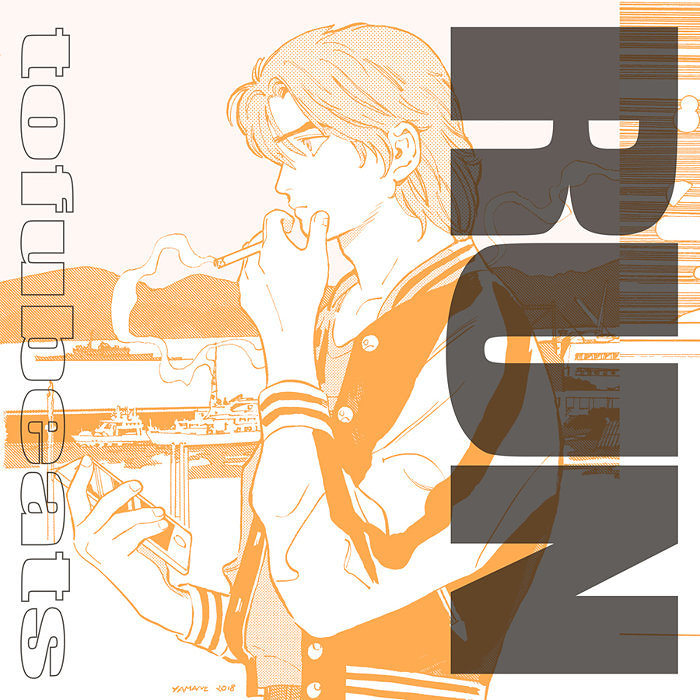 The 2010s was the decade of tofubeats. Some wouldn’t agree with me but this has been my honest feeling for years. Working with numerous J-POP acts like Chisato Moritaka, KREVA, Bonnie Pink etc., now he is one of the most popular DJ and producer among his generation. “水星”, his earliest breakthrough hit, is like the decade’s standard number as many young pop singers have made their own version of it.

He’s known for his prolific and activities–DJing, singing, and producing other artists. His danceable and euphoric sound attracted not only dance floor but wider audience. You can feel it when you listen to First Album or POSITIVE, his first and second full-length with Warner Music Japan.

However, his creative turning point was, as far as I’ve seen, FANTASY CLUB which was released in 2017. It was a very introspective, reflective, thoughtful piece of art, contrary to his public image–a producer specialized to pop, funny, joyful and party-oriented dance music. Instead, he sang his everyday struggles and a little prayer, almost alone in his bedroom studio. It sounded much more honest than ever, showing his ability to make a conceptual, serious-themed album (the album’s main motif was “post-truth”, 2016’s buzz word).

2018’s release RUN was obviously the sequel to FANTASY CLUB. In FANTASY CLUB, he seemed to be afraid of saying something plainly. He was trying to figure out how the world should be and just prayed. He didn’t make any assert on it. On the contrary, in “RUN”, the album’s opening song, he declared that he was gonna start to run and keep on running ‘til the end, even the situation would discourage him. Heavy trap-like 808 bass and edgy hi-hats drive his motivation and the song’s straightforward one-verse structure underlines his decision. This was one of the best songs in 2018.

The album included also his recent hits “ふめつのこころ” and “RIVER”, along with instrumental house tracks (“You Make Me Acid”, “Return to Sender”, “Bullet Trn”), a garage style tune (“Newtown”) and polyrhythmic intimate conversation with someone (“Sometimes”). The sound was more powerful than the last album and very consistent throughout the twelve tracks despite those varieties of beats.

My favorite is the last track, “ふめつのこころ(SLOWDOWN)”. As the title says, this song is a reprise of “ふめつのこころ”, but with more sincere messages to the listeners. Let me summarize; You can rewind this song (or any kind of song as far as it’s recorded) and play it back again, or slow it down in order to listen more closely. Even you can’t understand what’s going on, you’ll find something in your mind. So please do not give up, try again.

In my opinion, this is both how to listen to music in the age of mechanical reproduction and how to understand others in the age of social dissonance. And, this is one of solutions to the question posed by FANTASY CLUB.