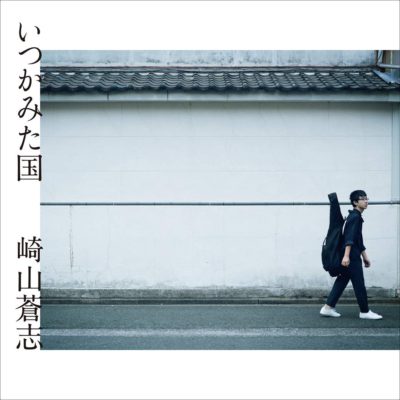 Sohshi Sakiyama is a singer and songwriter from Hamamatsu, Shizuoka. He’s only 16-year-old but has gained enormous attention throughout 2018, since he appeared on AbemaTV’s program “日村が行く！(Himura ga Yuku)”, where he played his song “五月雨 (Samidare)”. The video went viral as soon as it appeared on Twitter and quickly built a huge fan base among the listeners including well-known Japanese rock musicians such as Enon Kawatani (from Gesu no Kiwami Otome), or Shigeru Kishida (from Quruli).

The song’s lyrics were full of unique metaphors and bright poesy, and also the song itself was quite sophisticated in terms of melodies and harmonies. However, I think the most attractive thing in his performance was his singing voice. His high-tone, shaking voice reminded me of Neil Young, Bob Dylan, or David Byrne in a way. Of course, they’re not quite similar though. Some might even say they’ve never listened to such an idiosyncratic voice. I almost agree with them.

The fans immediately started digging YouTube for the singer’s performance vids which had been uploaded before then. Fortunately, there were plenty of his live footages on the net because he frequently played around Hamamatsu music scene and the audience has recorded his performances for several years. More they found, more they loved him.

Throughout the nearly entire album, Sakiyama just strums the guitar and sing (except one song, “龍の子 (Tatsu no Ko)”, which he tried DAW for the first time). That’s all and enough! There seems no edit, no effect, you can only hear his properly recorded performance. But thanks for his elegant guitar skill, they sound like kinds of Post-Rock, Prog-Rock, or even Electro. I strongly recommend to try this album once, and I’m pretty sure you’ll fall in love with it. Even if without words, his vibrant voice and excellent guitar play should move your heart.

For your information, one of Sakiyama’s favorite release in 2018 is Yves Tumor’s “Safe in the Hands of Love”, according to his tweet. Isn’t it very curious, is it?