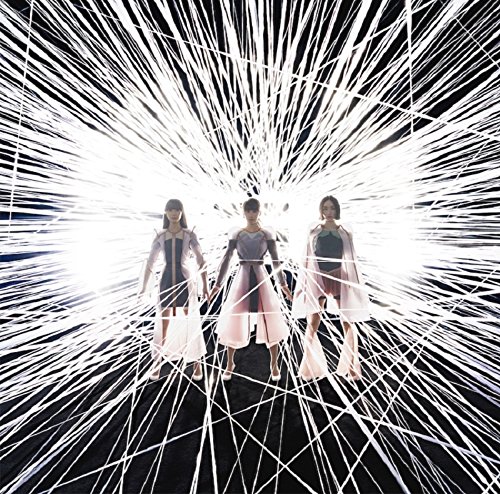 Since their breakthrough “ポリリズム (polyrhythm)” in 2007, Perfume has grown up from a “kawaii” futuristic electro-pop idol to one of Japan’s most popular and fascinating pop act. They just made their first major appearance at Coachella last weekend and highly appreciated (even Rolling Stone named them as one of the best acts at Coachella). It seems that their performance in the second weekend will be streamed via YouTube. It’ll be worth watching for their performance will show you the sophisticated side of J-POP: the ensemble of their spontaneous charm, skillful choreography by MIKIKO, and cutting-edge tech effects by Rhizomatics.

Let me introduce them a bit more. With Nakata Yasutaka, who’s the most prolific Japanese producer in this decade, Perfume played an essential role in the recent J-POP scene. From electro-influenced dance pop (oh, I miss that blog-house era…) to EDM-like banger, they introduced the ethos of dance music to J-POP in a very challenging way

For example, their hit “ポリリズム” which I mentioned above has an eccentric twist in the bridge where top notes progress in 5/4 time (it is of the word “polyrhythm” for in Japanese the word “polyrhythm” has five syllables like “-lee-lee-zoo-moo”) on the four-on-the-floor beat. Literally, it’s a kind of polyrhythm. It is said that their record company rejected this idea for it’s too much for the listeners but Nakata insisted that this is essential to the song since it’s calling itself “polyrhythm”. It was not just a funny idea. Rather it’s a challenge to the norm.

Future Pop, their latest album released in the summer of 2018, was also challenging when it came to song structure. It featured “drop”-type hook, which was not so popular in Japan. Around 2016 the Chainsmokers and other EDM-oriented producers began to use “drop” as a new way to make a hook in a song. Usually, hooks (or chorus in the more traditional way) feature an earworm melody and impressive lyrics. In contrast, “drop”-type hooks prefer bright synth-leads or heavy bass lines to vocals. You can hear it in the Chainsmokers’ “Closer feat. Halsey”, their biggest hit.

Hooks without singing. Since Japanese people really like to sing and listen to singing, this seemed not to be favored. However, they actually made it. It’s because they are not only singers but distinguished dancers. As I mentioned above they are known for their very sophisticated stage performance. So their fans soon understood what these “drop”-type hooks meant to them. Also, in these two or three years EDM has become much popular in Japan thanks to the growing festival culture and the rise of young producers (in addition, EDM-oriented songwriting in K-POP is of course one of main influence).

Curiously, although Perfume was often described as “EDM” for their song featured supersaw leads, plucky synths, and heavy kick drums, in terms of song structure they were quite J-POP. In this sense, Future Pop is their first proper “EDM” album. But this doesn’t mean they will be an EDM band forever. Soon they will find the next challenge and surprise us.

Well, before it, I’d better watch them performing at Coachella this weekend on the couch with some snack.